In March 1968, four girls affirmed that they had appeared the Virgin Mary on the Alcaparrosa estate, one kilometer from the village of El Palmar de Troya, in the province of Seville. Weeks later, several neighbors affirmed that they had had other appearances and in the summer of that same year an altar was built that would be the first stone of the Palmarian Christian church. Those first appearances gave rise to a religious empire that expanded throughout the world, broke with the Vatican and appointed its own popes. In June 2018, Ginés, the last Pope of El Palmar de Troya, and his wife stormed the congregation’s facilities. It was the penultimate episode of an extraordinary story that navigates between tragedy and surrealism. Scandals, the shadow of sexual abuse, improbable anecdotes and all kinds of accusations have marked the more than fifty years of this religious order to which some consider church and many others a great sect. 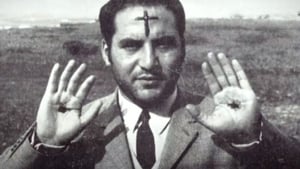